Mom is a small town girl from Dadeville, Alabama. Small towns often have big families, and her Pearson family is no exception. There were three girls and three boys in her family, so I had five sets of aunts and uncles - all of whom resided in Alabama or returned to the state for their retirement. Pearson family reunions are held every summer at an uncle’s lake house, and we try to make it each year. Crowds range from around 60 to 120 family members, depending on whether it’s an “off” year or an “on” year.\

The old family homeplace where my mom and her siblings were raised was itself razed when I was a child. All family members had long since moved out, and it was a rental home for years. Then the new highway 280 came through, providing four lanes and bypassing Dadeville’s town square on it’s way from Auburn to Alexander City. It’s new pavement went right by the old house, so the home had to be demolished to accommodate the right-of-way.
Most of the family moved to lakefront homes on Lake Martin if they hadn’t already, and eventually my parents moved back too. Dad designed and built the entire ~3,900 square foot home himself, bring in only a few skilled trades such as drywall and roofers. While in landscape architecture school at LSU, I drafted a landscape plan for him which also included a lake-fed irrigation system. With a little help from his sons, dad installed that too. This is our new Taylor family homeplace.\ 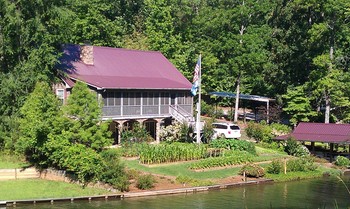 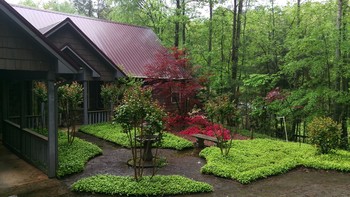 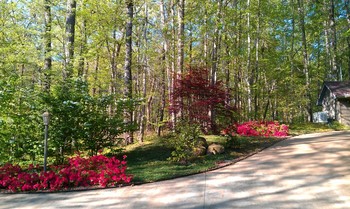 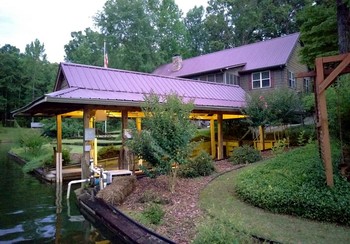 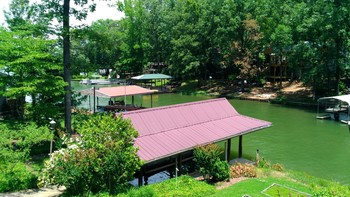 The lake was formed by construction of Martin dam over the Tallapoosa River by the Tennessee Valley Authority for generation of electric power and downstream flood control. Without going into a history lesson, this occurred during my mom’s childhood, and she recalls her dad driving all of the kids “way out” of town to see the land clearing and dam construction process. During my own childhood, I have cherished memories of learning to hydroboard and later to water ski on this lake. There was also a rope swing and a cliff face called “chimney rock” from which daredevils jumped. Most jumped from the much lower “chicken rock”, though I was too young for either at the time.\ 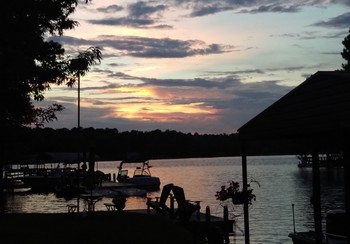 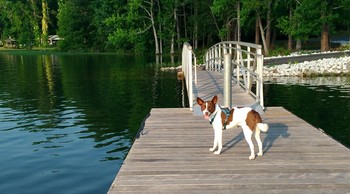 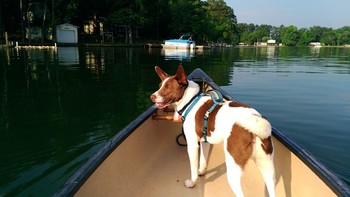 Smith “mountain” is really just the tallest hill in the region, upon which the US Forest Service constructed a fire watchtower many decades ago to watch for thunderstorm-induced fires in the pine forests. It fell into disuse after the lake was constructed, and residential development promulgated. Recently, it was selected for restoration to become a stop along the Cherokee Foothills Trail. Learn more at the organization’s website: https://crata.org/
The fire tower, which can be seen from the lake once you paddle out from my parent’s cove, is only a short drive away. I often get over there for a hike up the “mountain” and especially a climb up the tower on clear days when I go for a visit. 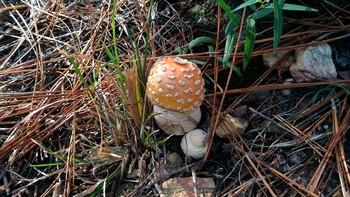 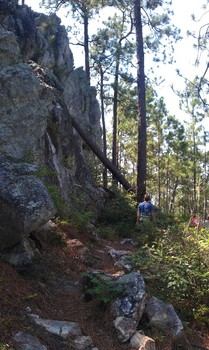 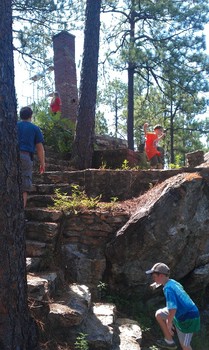 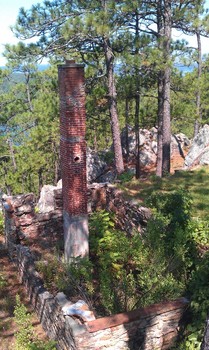 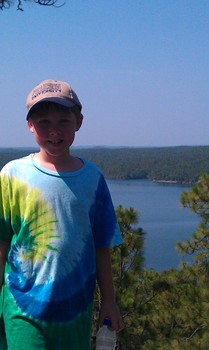 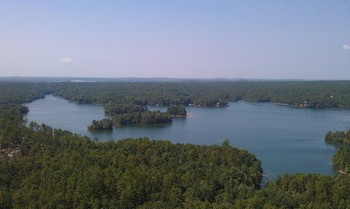 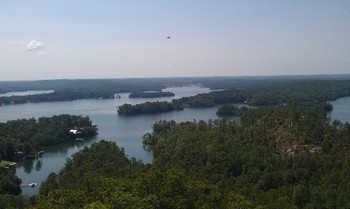 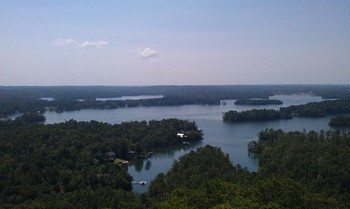 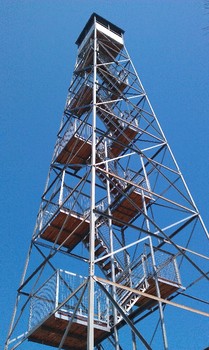 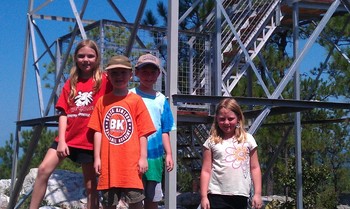 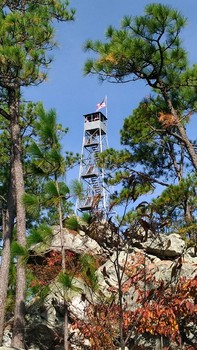 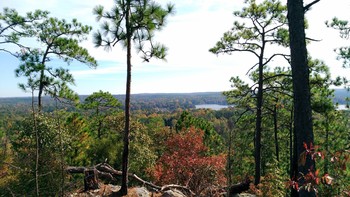 My dog loves playing in the lake at the boat ramp or shore line with a gradual slope. He’s not so crazy about getting in from a dock.