I spent part of my youth growing up on a beautiful farm outside of Burnsville, NC. We were a hard working family on a beautiful 120+ acre property fronting the Cane River where we raised beef cattle and grew tobacco and feed corn, eventually transitioning to blueberries, raspberries and blackberries. To supplement the farm income, we renovated and stocked a retail shoe store on the town square where my mom worked. After graduating from Mountain Heritage H.S. I continued my education at Clemson University while my parents sold the shoe store, moved to Anderson, SC and began developing lakefront land with condominiums. Years later my parents returned to the farmhouse in the mountains, and I proceeded to Baton Rouge to continue my education at LSU. Eventually after graduation I began courting a young lady, bringing her to my family’s Thanksgiving gathering in the mountains where I proposed to her on a mountain top on our land. This was 1998, and I’ve returned only once since then during the early 2000’s. 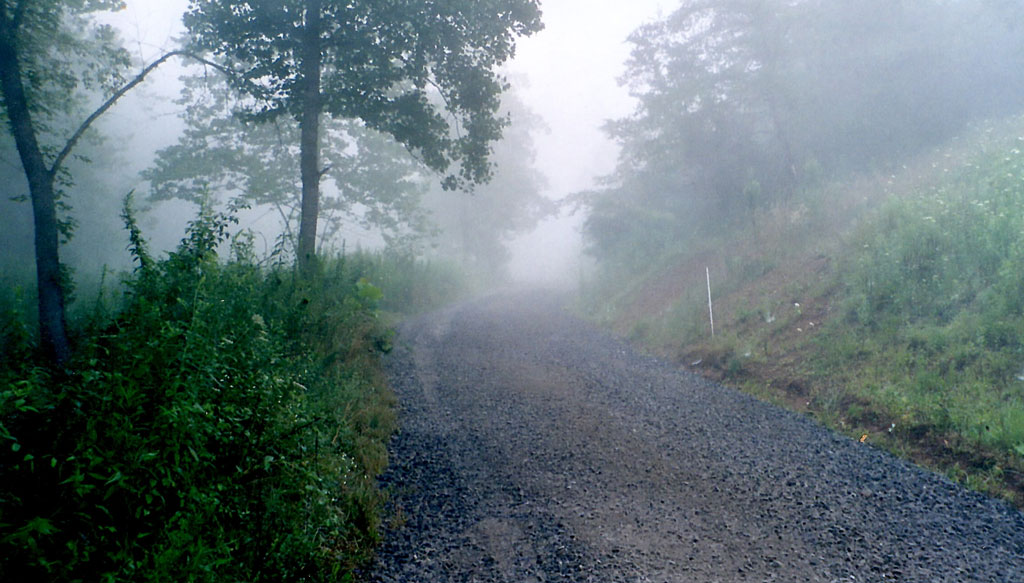 We are excited to spend four nights in a cabin at Mt. Mitchell Golf Club, up Hwy. 80 from Micaville, NC. We look forward to spending days swimming and tubing in the South Toe River at Carolina Hemlock’s campground, to touring the Blue Ridge Parkway through Little Switzerland and Mt. Mitchell, and hopefully a drive up to the Linville Falls area and Roan Mountain. We’ll also visit historic Burnsville, our old farm in Cane River, hopefully drive by my high school, churches, and a swimming hole up the Cane River I used to enjoy.

right-click to open this Points of Interest Map 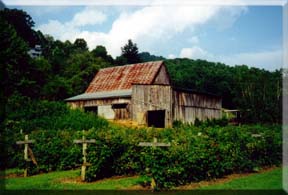 My dad took our family on multi-week camping trips many summers when I was a young boy. These were always in the Smoky Mountains, and as often as possible at Carolina Hemlocks because it had the best natural amenities. On one of these trips dad spent the second week with a local realtor driving around the county looking at property. The short version of the story is that “we bought the farm.” During the next year he closed out his business in Florida, packed up our home, put it up for sale and moved to the mountains in late spring of 1981. I still remember arriving at that farm house on a cool foggy morning and though we had just left the air conditioning of our Florida home, we were running the heat in that farmhouse as we moved it. I remember our neighbor, Mr. Wheeler, had already dropped off some firewood for us. 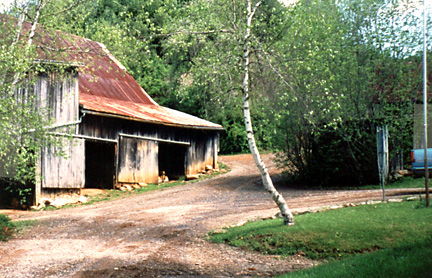 The house, barns and surrounding acreage was beautiful but needing some work. It seemed the property hadn’t been in production for years. Pastures were overgrown and buildings needed repair. Dad immediately set about expanding the farmhouse. We doubled it’s size. I recall helping with the rough framing, reworking the kitchen, and other jobs that summer. The time flew by for me and two of my brothers. My oldest brother was away in law school. Soon, summer was over and I was entering high school. Over the coming four years we transformed that property into a beautiful, productive business. After two seasons of growing burley tobacco my dad decided to quit. There are no smokers in my family, and we viewed tobacco products as destructive. We grew it those first two seasons because that was the cash crop of the region, and dad needed a “sure thing” to support the family. He diversified by running a heard of up to 40 Black Angus beef cattle. After considerable research and planning, we transitioned from tobacco to berries the second two years. We all spent lots of time planting berry plants, installing irrigation, trellises, spreading mulch, and pulling weeds. I designed, planted and maintained a large vegetable garden with my brother’s help. 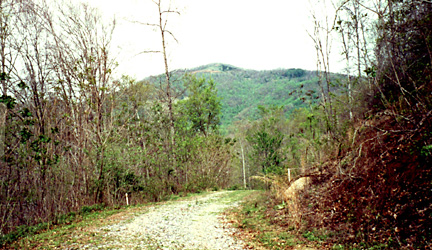 Simultaneously, beginning our second year there, dad returned to his land developer roots and began making plans to subdivide the hillsides and upper pastures into housing. Following the land surveying came road building. One of my older brothers helped dad cut in a road with a crawler loader which we nicknamed “termite”, and my younger brother and I helped as we could with fencing, brush clearing and landscaping. In subsequent years dad taught us home building skills to supplement the agricultural skills we’d already learned. I believe Dad built and sold two houses, and also some raw land. The boot-shaped plat of the mountain development may be viewed in the image gallery below. When we left the farm after four years the property was picture perfect, with productive fields, new and repaired barns, a berm along the river protecting crops from occasional flooding, clean pastures, well maintained gravel roads, landscaping, and robust water systems serving each residence with fresh mountain spring water. We even made a dent into exterminating the multi-flora rose. 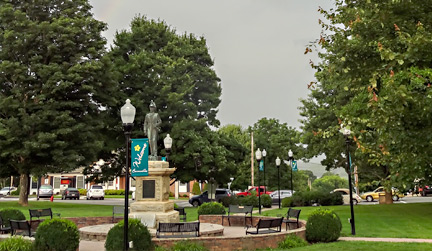 Agricultural profits are seasonal, so to generate a more regular income stream my parents leased and renovated a storefront retail space on Burnsville’s town square next to the old Blue Ridge Hardware. This was a high traffic area of the community and we set it up as a shoe store, offering a wide variety of ladies and men’s footwear. Running a retail store was totally new to our family, but my mom worked the store most days - joined by one full-time employee - and the rest of us helped out with cleaning, providing firewood for the in-store fireplace (which heated the store), restocking and annual inventory. Town square also offered the historic Nu Wray Inn, the Country store, David’s Menswear, a dress shop, the county courthouse, a bank, First Baptist Church, the town newspaper and other businesses. As I became an upper-classman I learned that “cruising town square” was a favorite Friday night pastime of the county’s youth. It was one big loop starting at the foot of east Main Street, driving half way around the square and continuing down West Main Street to the turn-around at Lil' Smokey’s Grill, then retrace the route back around the second half of the square and back down East Main by the Yancey Theater. Town officials were not exactly thrilled with this activity and they occasionally shut it down, forcing the kids to head elsewhere.

I learned many things during those four years in the mountains. I now recognize it as a very unique opportunity for a young man to learn directly from his father. At the time of course I felt isolated at the end of a 1/2 mile dirt road, but I learned so very many things including:

Most of the photos below are of poor quality because they’re from the ’80s or early ’90s, but they do convey what this idyllic mountain farm was like. During our trip I’ll obtain current photos and hopefully find a few nice prints of older snapshots in my mom’s photo albums that I can scan. 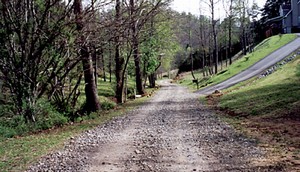 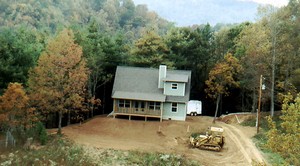 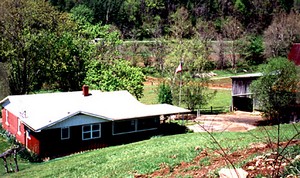 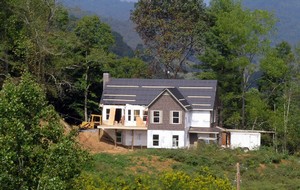 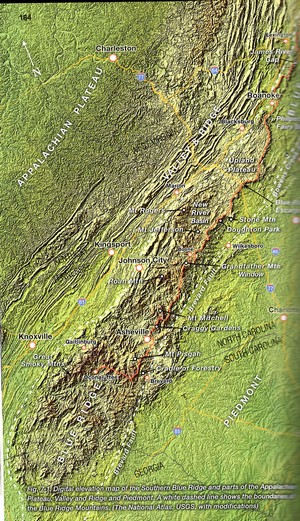 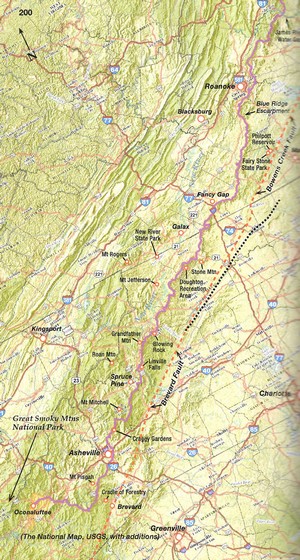 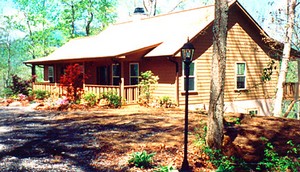 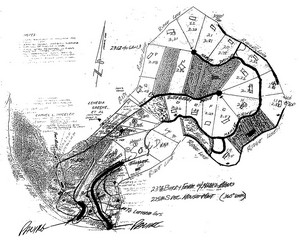 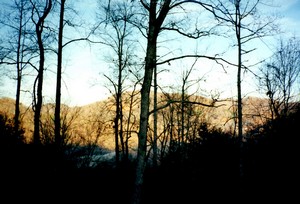 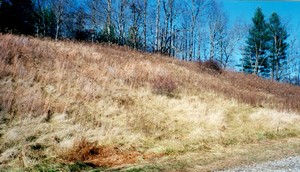 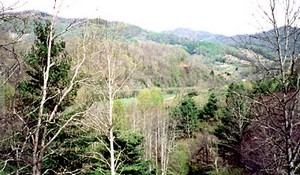 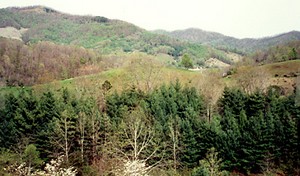 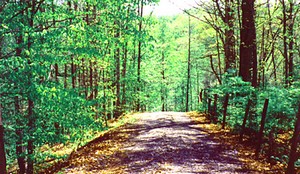 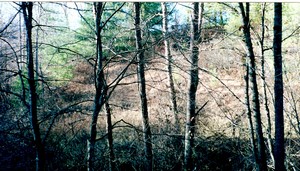 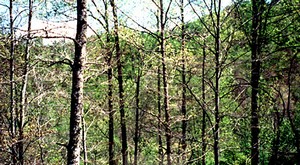 Mileposts on the Blue Ridge Parkway

Near to where we’ll be staying… these Blue Ridge Parkway milepost numbers increase from north to south.